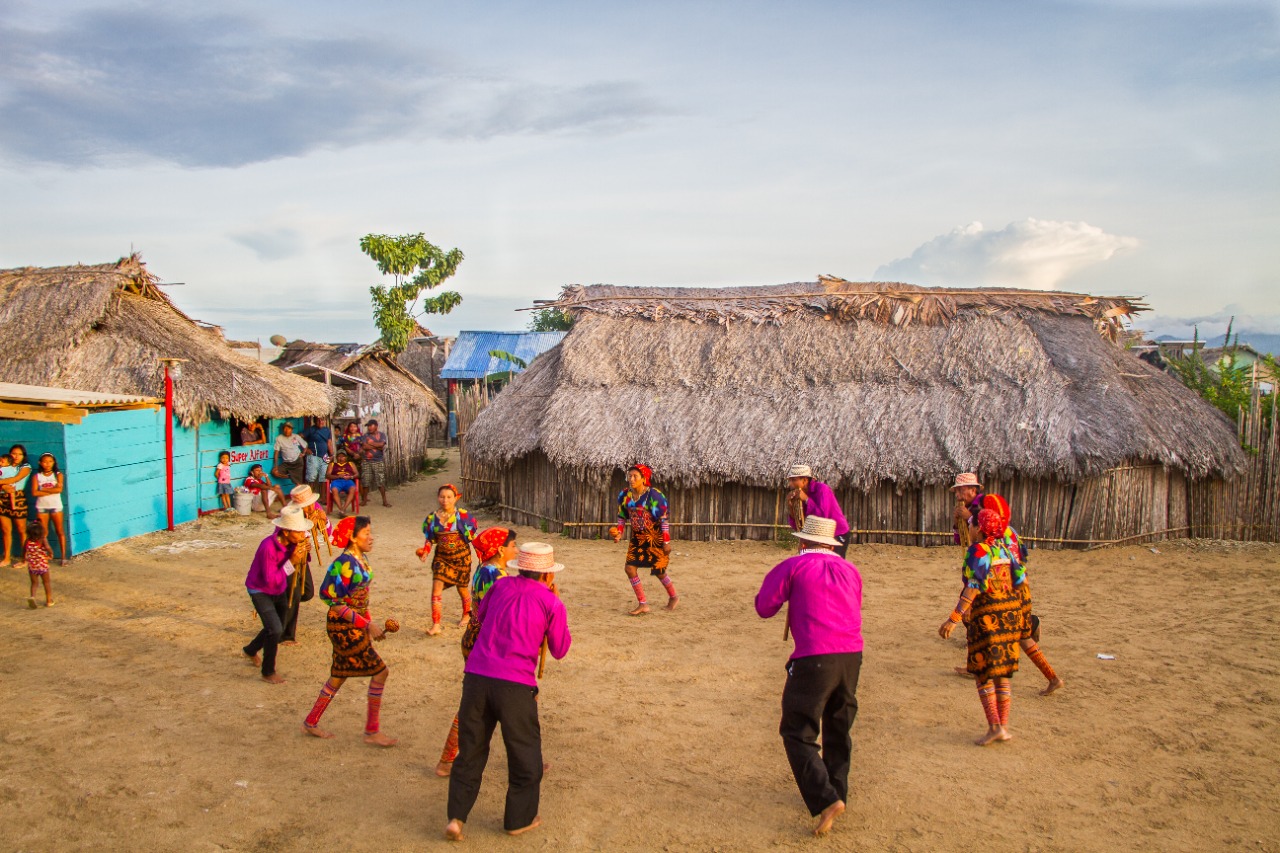 JOIN THIS ADVENTURE AND STEP INTO ANOTHER WORLD FOR 4 DAYS

Get off the beaten track and support the local communities. Travel with a Responsible adventure tour company working with the Kuna families and communities on all aspects of the trip, most of the money from your fare stays in San Blas, distributed among the local people and the different communities you will visit along the way. 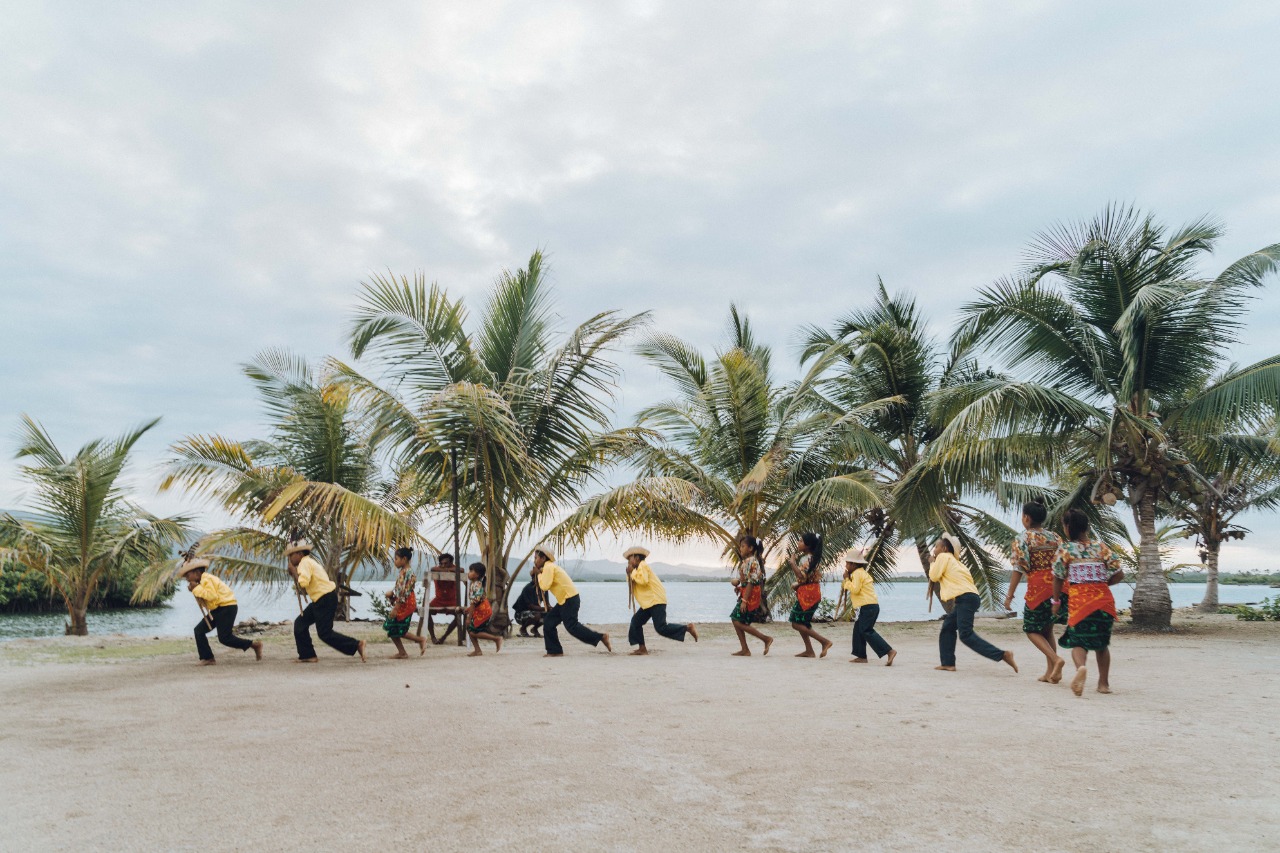 The name was officially changed from San Blas, as it was originally named by the Spanish, to Kuna Yala in October 2011.

500 years ago, when the Spanish came to the Americas the Kuna were living in what is now Colombia. Due to conflict with the Spanish, and later with other indigenous groups, they moved into the Darien and then to the coast, populating the islands for the first time in the 1800’s.

In Kuna Yala there are 49 villages, 42 of which are on islands with 7 on the main land. Kuna traditionally sleep in hammocks in grass huts. The walls are made of cane sticks lashed to posts with a fibrous plant, and a roof of palm leaves. 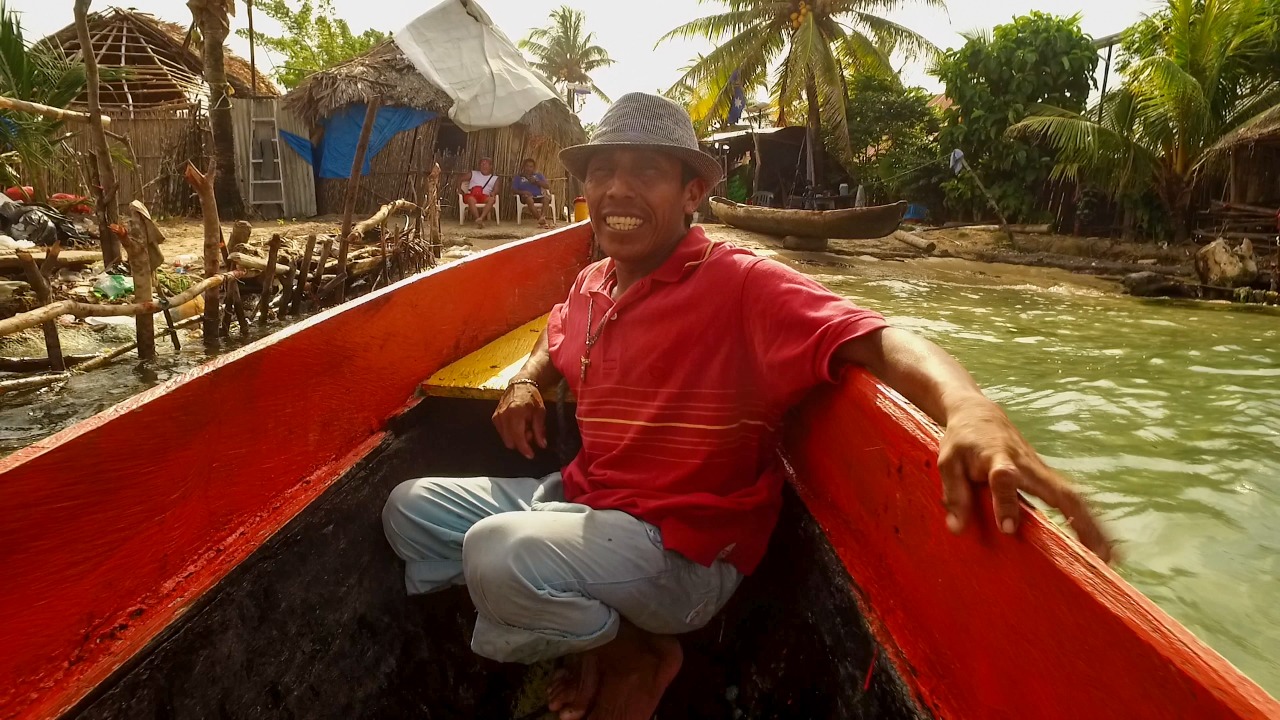 A side from the islands the Kuna territory (comarca) stretches deep into the jungle. In traditional areas on a typical day they would get up before dawn and row their wooden dugout canoe (cayuco) to the mainland to tend to their crops for the morning, coming back around midday, and maybe going for a fish in the afternoon. 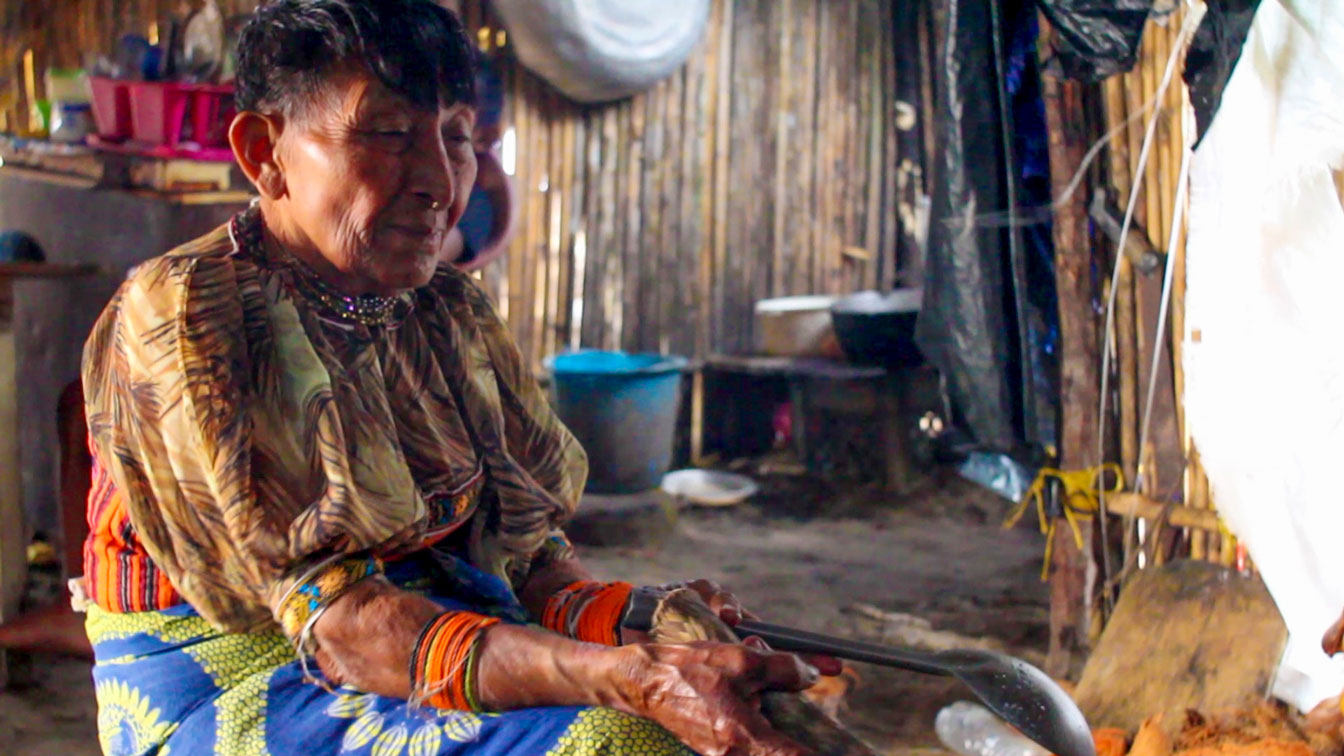 Traditional Kuna cuisine is very simple. The most common dish “Tule masi” (literally meaning Kuna food) is a soup whose main ingredients are plantain and fish. It’s also very common for them to smoke fish as a way to preserve it. 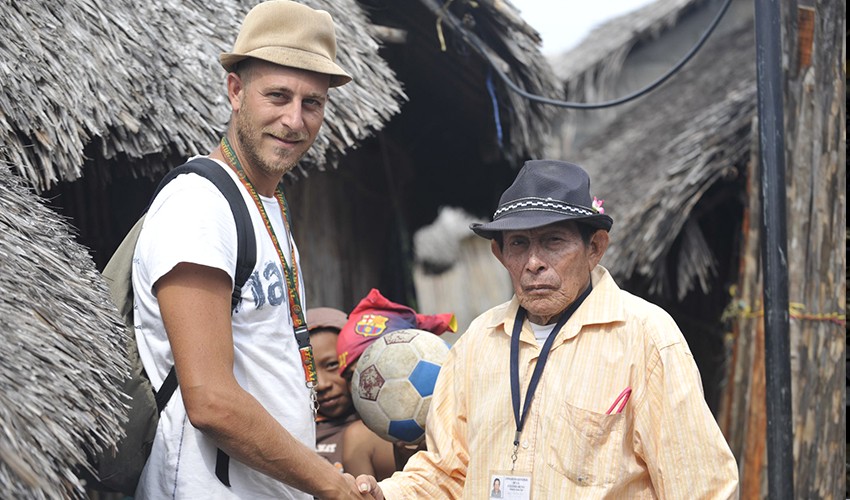 In Kuna Yala, each community has its own political organization, led by a Saila, pronounced (“sai-lah”). The Saila is traditionally both the political and spiritual leader of the community; he memorizes songs which relate the sacred history of the people, and in turn transmits them to the people.

The Saila is usually accompanied by one or more voceros who function as interpreters and counselors for the Saila. Because the songs and oral history of the Kuna are in a higher linguistic register with specialized vocabulary, the Saila’s recitation will frequently be followed by an explanation and interpretation from one of the voceros in everyday Kuna language. The region as a whole is governed by the Kuna General Congress, which is led by three Saila Dummagan (“Great Sailas”).

Kuna Yala is the biggest coconut plantation in the world, supplying Colombia with most of their coconuts. Coconuts are like money for the Kuna, they trade them with commercial boats coming through for other goods. 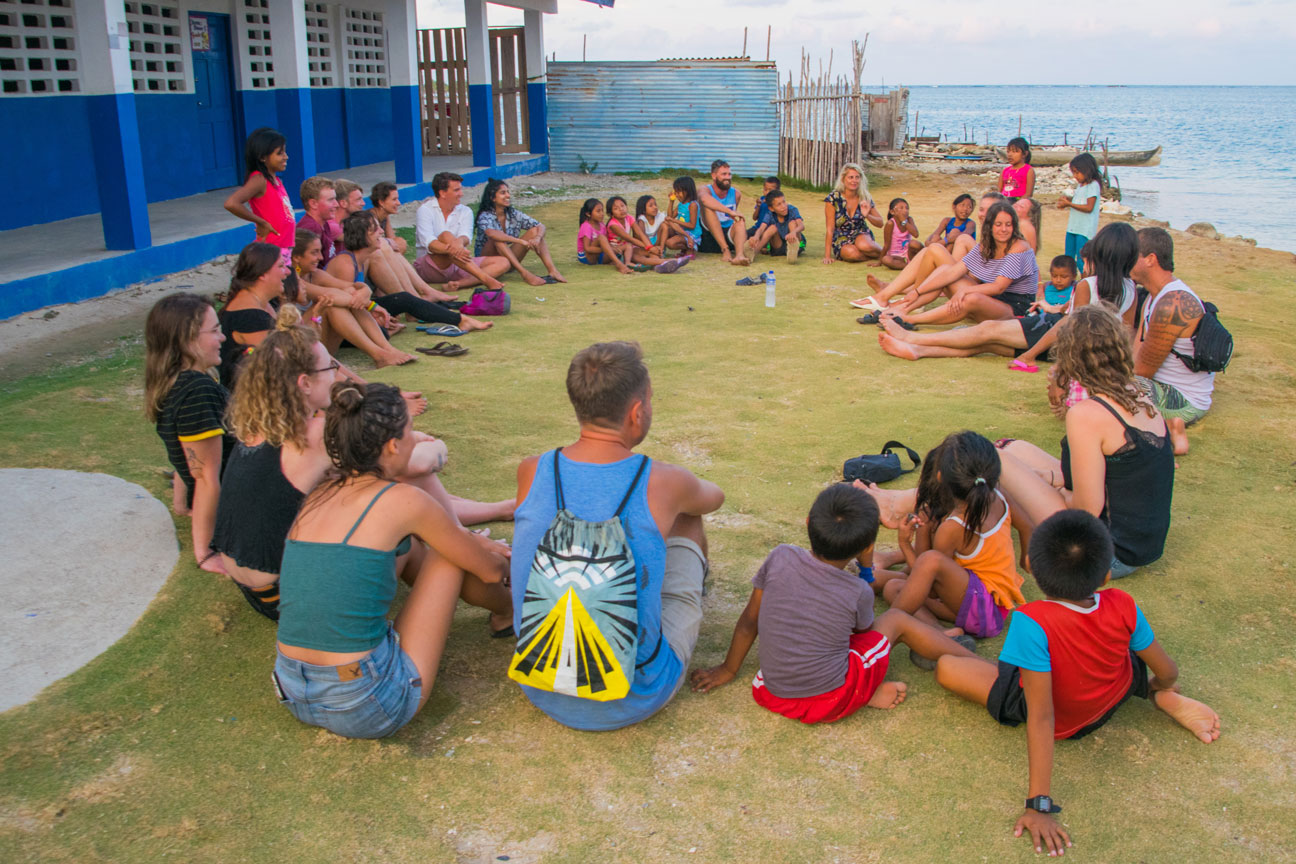 The Kuna language is a Native American language of the Chibchan family spoken by 50,000 to 70,000 people. Dulegaya is the primary language of daily life in the comarcas, and the majority of Kuna children speak the language. Spanish is also widely used, especially in education and written documents. Although it is relatively viable, Kuna is considered an endangered language. 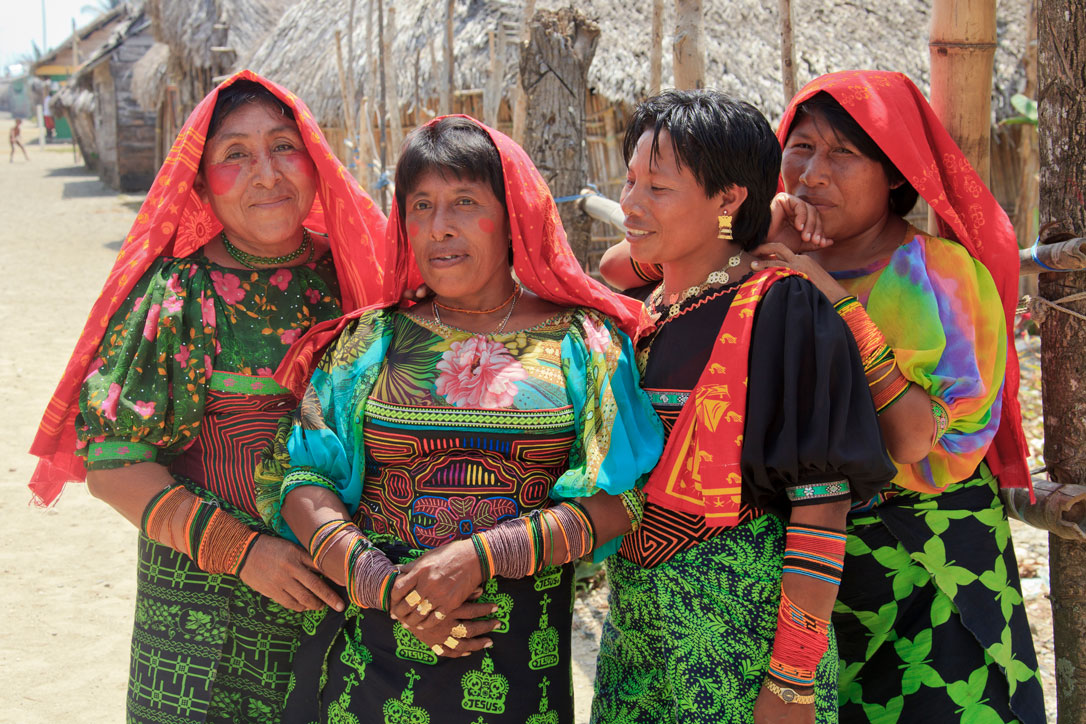 Women have a very important role in the Kuna culture. All their traditional ceremonies celebrate the phases of a woman’s development. In mythology the woman represents the mother earth and therefore everything comes from her.

One thing that stands out when you arrive in a Kuna village is the traditional dress of the woman. They wear long strings of colorful beads on their wrists and ankles, sometimes a gold

Molas are a colourful layered textile made by the Kuna women and have their origin in body painting.

Only after colonization by the Spanish and contact with missionaries did the Kuna start to transfer their traditional geometric designs on fabric, first by painting directly on the fabric and later by using the technique of reverse application. It is not known for certain when this technique was first used. It is assumed that the oldest molas are between 150 and 170 years old.

The artistry of a mola reflects a synthesis of traditional Kuna culture with the influences of the modern world. 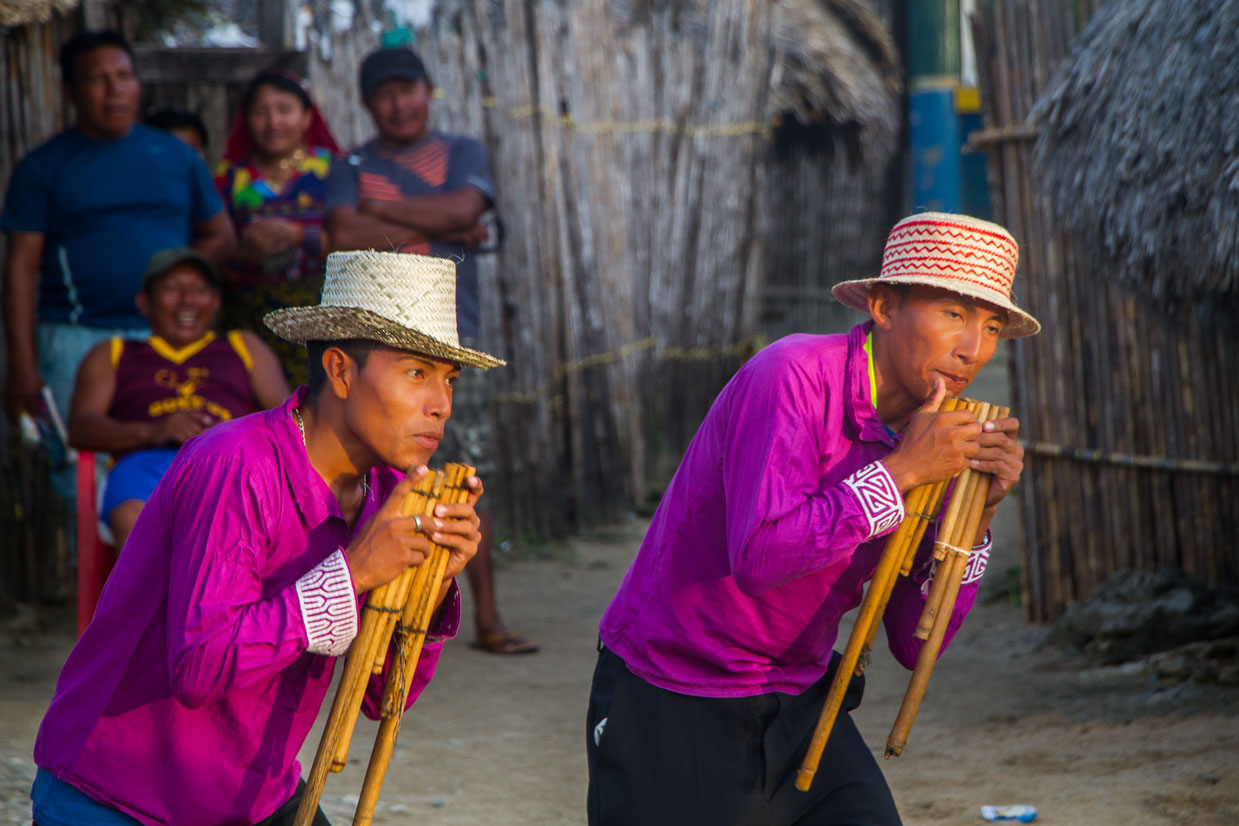 For centuries the Kuna battled against colonists trying to enslave them or stamp out their culture. This battle was finally won after the Kuna revolution of 1925 when they attacked Panamanian military stationed in Kuna Yala during the festivities of Carnaval. A panamanian retaliation was stopped by US warships with representatives from all over the world. A treaty was made and Kuna were given full rights to live in peace under their own laws in the Comarca of Kuna Yala.

This is a demo store for testing purposes — no orders shall be fulfilled. Dismiss